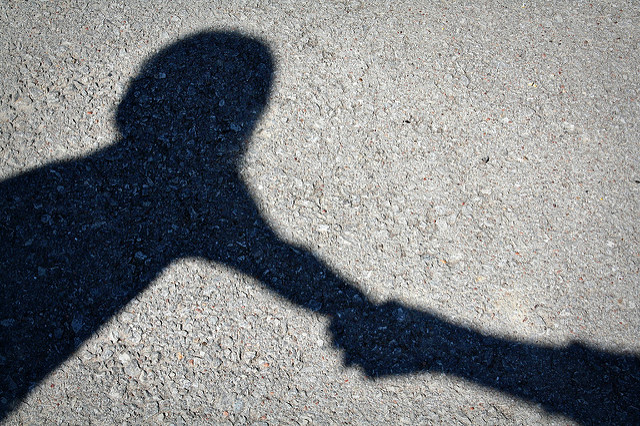 11 “…gave me the critical tools to reflect on, and understand, the process through which we come to know what it means to be a the periphery of the intimate yet fragile relationship between the colonizer and the colonized.” Macedo

*To what extent is computer culture/digital culture “colonizing”? Any less since we’ve been “paying attention”?

12: “Paulo Freire’s invigorating critique of the dominant banking model of education leads to his democratic proposals of problem-posing education where “men and women develop their power to perceive critically the way they exist in the world with which and in which they find themselves; they come to see the world not as a static reality but as a reality in the process of transformation.”

*I wonder to what extent this “problem-posing” is intentionally cast against “problem-solving” in Berthoff’s work?

15: “…his work, sadly, is not central to the curricula of most schools of education whose major responsibility is to prepare the next generation of teachers.”

16: “Pseudo-Freirean educators not only strip him of the essence of his radical pedagogical proposals that go beyond the classroom boundaries and efect significant changes in the society as well: these educators also fail to understand the epistemological relationship of dialogue. ***How is this different from dialectic?

“Unfortunately, in the United States, many educators who claim to be Freirean in their pedagogical orientation mistakenly transform Freire’s notion of dialogue into a method, thus losing sight  of the fact that the fundamental goal of dialogical teaching is to create a process of learning and knowing that invariably involves theorizing about the experiences shared in the dialogue process.” **So “method” here amputates the “theorizing”? Here the focus is on abstracting and generalizing for metacognition?

17: “Understanding dialogue as a process of learning and knowing establishes a previous requirement that always involves an epistemological curiosity about the very elements of the dialogue. That is to say, dialogue must require an ever-present curiosity about the object of knowledge. Thus, dialogue is never an end in itself but a means to develop a better comprehension about the object of knowledge.” **What is the role of the dialectic and dialogue in expressivism?

19: “If students are not able to transform their lived experiences into knowledge and to use the already acquired knowledge as a process to unveil new knowledge, they will never be able to participate rigorously in a dialogue as a process of learning and knowing.”
*What strikes me about this passage is “knowledge.” It’s proven a problematic term and I’m not sure how to talk about it. It’s a term that gets Berthoff in trouble (beyond Sanchez, but his work clearly articulates it). But this passage really strikes me as aligned with Berthoff’s methodology, her philosophy and theory of writing. I think it’s probably worthwhile to investigate the relationship between “dialogue” and “dialectic” in Berthoff, Freire. And then Montessori. What Montessori does is materialize dialectic in the learning process. Freire: oral. Berthoff: textual. Montessori: material. Gross oversimplification, of course. Freire employs the material, too. If we conceive of the digital as material, then we can develop an imagination for how Montessori’s notion of prepared environments encourages us to treat the digital beyond content delivery. But I question the practicality of this path of thinking.
23: “Wy is it that a sixteen-year-old boy and a poor, “semiliterate” woman could so easily understand and connect with the complexity of both Freire and Giroux’s language and ideas, and the academics, who should be the most literate, find the language incomprehensible?// I believe that he answer has little to do with language and everything to do with ideology…The call for language clarity is an ideological issue, not merely a linguistic one.”
*This resonates with my intuition about Berthoff’s work. The other day Joe told me that he doesn’t like Berthoff’s writing. He finds it difficult. “Tendentious” is the word he used. He’s not the first to tell me that. Hepsie suggested that Berthoff doesn’t write like other people in the field, that she isn’t “academic” like that. (I think I understood her correctly, but perhaps not…Because I find her writing in alignment with academic kinds of writing, though I agree with Joe that a defensiveness, an oppositional-ness quality comes through in just about everything Berthoff writes.) But I think Hepsie’s right, too; Berthoff is a philosopher. She developed an ideology. Must go back and read Welch’s work on ideology.
Potential chapters (Harris model): 1) Dialectic/Method/Methodology; 2) Tradicity; 4) Praxis; 3) Imagination; 5) Prepared Environments
23: “For me, the mundane call for a language of ‘simplicity and clarity” represents yet another mechanism to dismiss the complexity of theoretical issues, particularly if these theoretical constructs interrogate the prevailing dominant ideologies.” **Same can be said, I think, of “mundane calls” for discourse-conforming language. Theory doesn’t belong to academics alone. Also: what “theoretical constructs” are interrogated by Berthoff’s theories? Her ideologies? TRIADICITY
24: “As one can readily see, the mechanization of Freire’s revolutionary pedagogical proposals not only leads to the depolitization of his radically democratic work but also creates spaces for even those liberals who embrace Freire’s proposals to confuse ‘the term he employs to summarize his approach to education, ‘pedagogy’ [which] is often interpreted as a ‘teaching’ method rather than a philosophy or a social theory…”
***Pedagogy: teaching philosophy
Tweet

This site uses Akismet to reduce spam. Learn how your comment data is processed.